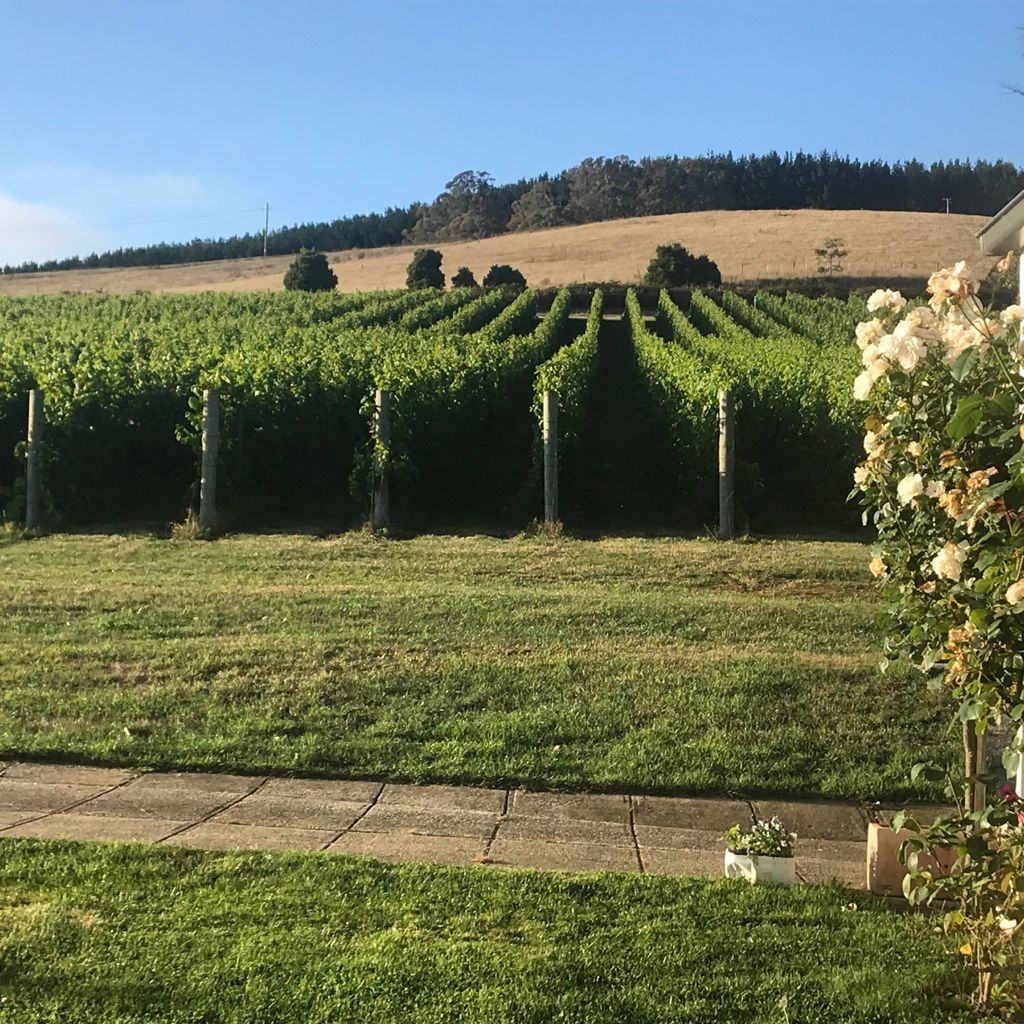 There is already an autumnal chill to the late summer nights in the hills of the Lebrina. While much of Australia endured the grips of heat waves, the southerly airflow that blew the dry air up into New South Wales has kept Tasmania cool, even cooler than average. The net result is a season ripening grapes a little later than usual but at least we’ve been blessed with a fire-free summer and, apart from minimal intrusions of Victorian smoke, we have been smoke-free.

The long-term outlook for Tasmania, as published in a recent scientific paper in the In the journal Nature suggests that while Tasmania will get warmer along with the rest of the world, it will maintain its current style of climate – wet winters and some rainfall in summer.

In the same forecasts for 2070-2100 Western Europe especially Spain, France and Germany become more arid and change from temperate zones to more Mediterranean climates. Current research suggests humidity has an important impact on wine style so we can expect wines from these countries to change, not only because of a change in cultivars but also because of changing humidity.

The current Vintage 2020 plan is for Apogee to harvest sparkling fruit around 1 April and table wine fruit 1 to 2 weeks later. Pinot noir red wine is becoming a more important feature of our portfolio so we are taking extra effort to prepare the vines for full ripeness in a cool season. Techniques such as deficit irrigation and leaf plucking the fruit zone will assist in getting an extra degree of ripeness, while recognising that the driving force for quality is the size and health of our renewed canopies.

APOGEE has developed a unique trellising system, which delivers a very large leaf surface area per hectare (around 21,000 m² per hectare) which is even more than in the tightly spaced vineyards in the north of France.