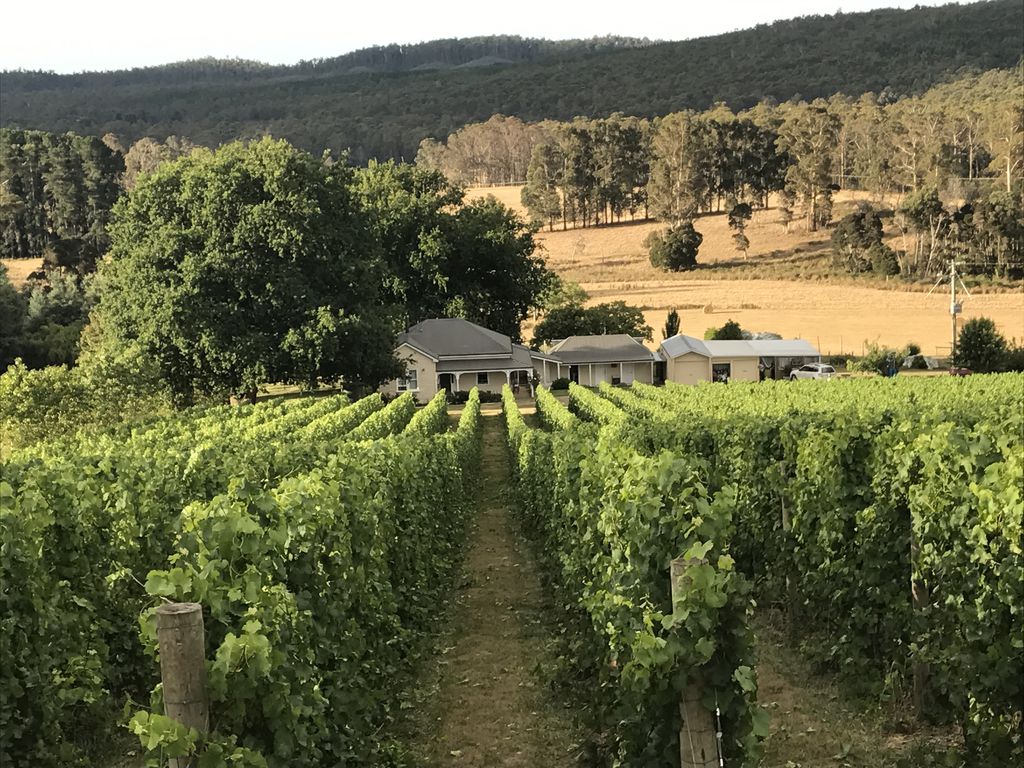 The 2018 season has been shaped by unusually low rainfall and warm temperatures. After a cool start back in October, with bud-burst almost 2-3 weeks later than in the previous season a spate of warm, dry weather between October and the end of November played catch-up and by Christmas we were 2-3 weeks ahead of 2017. Conditions have been dry-around half the seasonal average.
Vines which suffer too much moisture stress produce tannins in the grapes which are not desirable for sparkling wine. In France, until recently, excessive stress is rare in its humid climate. In the new world  we can manipulate soil moisture with sensors and drip irrigation, a practice forbidden in France but in fact rarely necessary until global warming kicks in. As long as the vineyard soil moisture is kept below 100 centibars, a measure of soil moisture tension or the pressure required to extra the water, vines will not accumulate the stress hormone (abscisic acid) which triggers tannin production.
A graph of Apogee soil moisture is shown below which demonstrates how the vineyard can be manipulated to achieve ideal results for sparkling wine, even in a dry season. The soil is measured at four depth and it is usually at 80 cm to 120 cm that the roots are most active. A rising graph means the soil is getting drier. On the graph these depths correspond with the top two graphs. The top one is influenced by the rainfall in this period because the 5mm of rain (blue bar graph) was enough to penetrate the soil to that depth. that depth and cause the curve to turn down. Overall by moving to the right of the graph you can see that we are maintaining the vineyard well below the target soil moisture stress of  100 centibars. 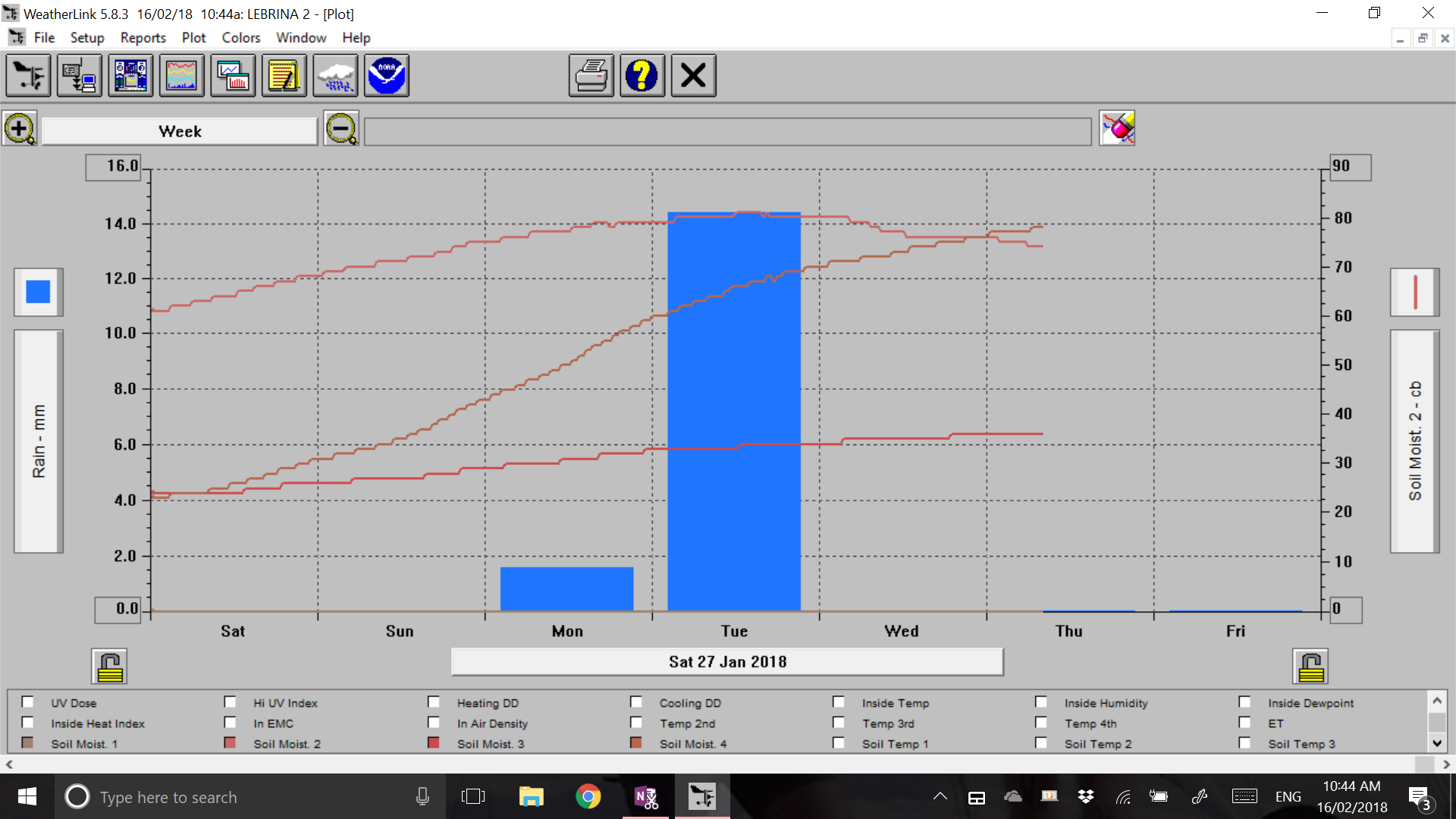